The rise of 'facadism' in London

London blogger The Gentle Author has been photographing the changing face of London, focusing on what is known as "facadism", the practice of destroying everything apart from the front wall and constructing a new building behind it.

Here, we present a few pictures from the series and the story of the buildings that once stood. 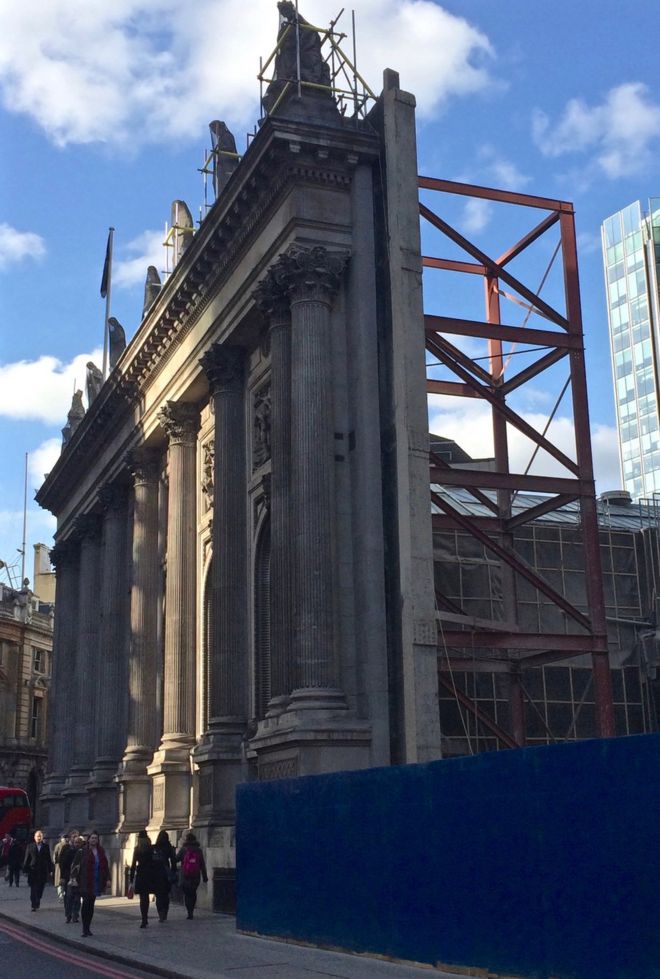 This Grade I listed building was designed by John Gibson as London's largest banking hall, in 1863-65, with figures along the roofline representing locations where the bank did business including:

Above the arched windows, eight sculpted panels of heroic allegorical scenes represent the achievements of mankind: 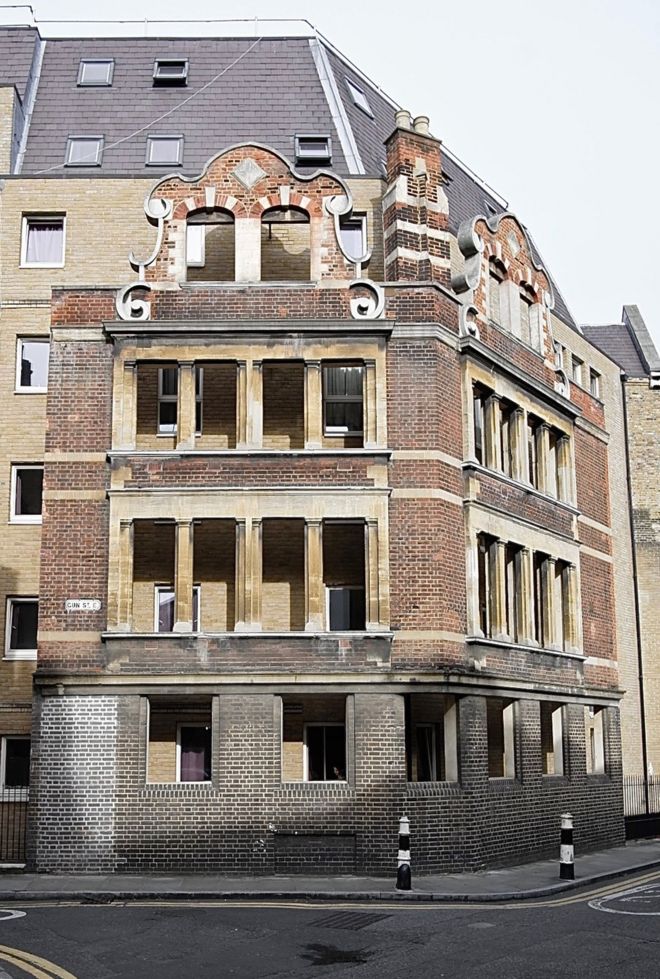 Thomas Lloyd is recorded as this pub's first landlord, in 1805.

After it closed for good, in 1908, the building was incorporated into the Providence Row Night Refuge and, in 2006, converted into student housing for the London School of Economics. 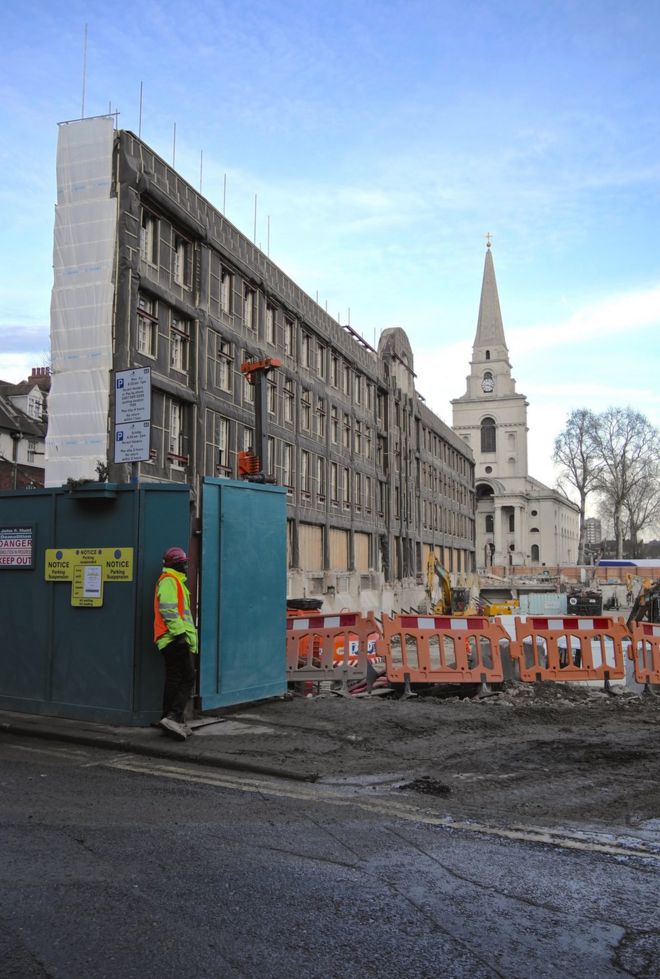 This building was designed by Sydney Perks, in 1927, as a state-of-the-art auction room with a roof that simulated sunlight on cloudy days, parquet floors, careful detailing and significant craft elements throughout.

Since the fruit and vegetable market left Spitalfields, in 1991, it has housed many small independent local businesses.

The tenant of the new development is an international legal corporation. 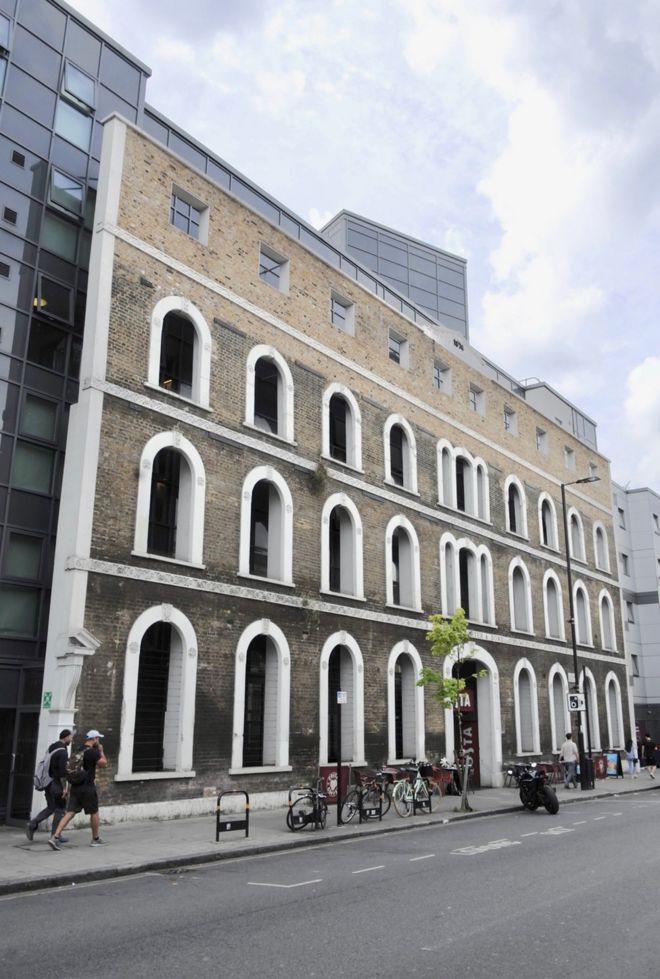 Mallett, Porter & Dowd built this handsome warehouse for their business, in 1874.

Redevelopment by University College London for student housing was turned down by Islington Council, citing inadequate daylight, due to the windows of the new building not aligning with those in the facade.

But this judgement was later overturned by the Planning Inspectorate.

And the development won Building Design's Carbuncle Cup for 2013. 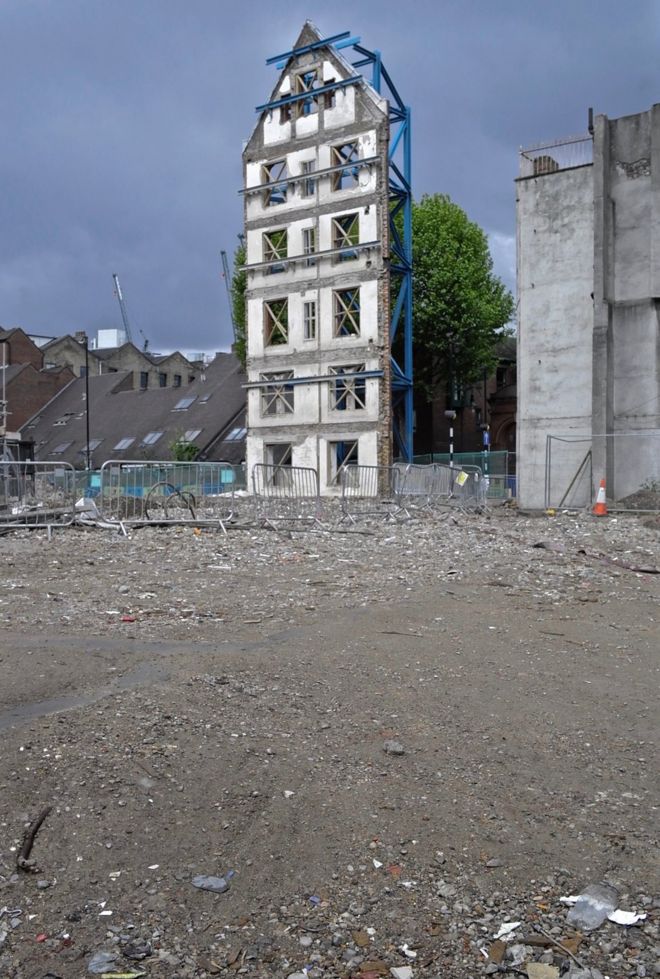 Designed by Elijah Hoole, this part of the Toynbee Hall campus, built in 1884-85, was demolished and facaded for the construction of Attlee House, which was completed in 1971 but itself demolished in 2016.

It will next front Gatsby Apartments, a development of flats for the commercial market. 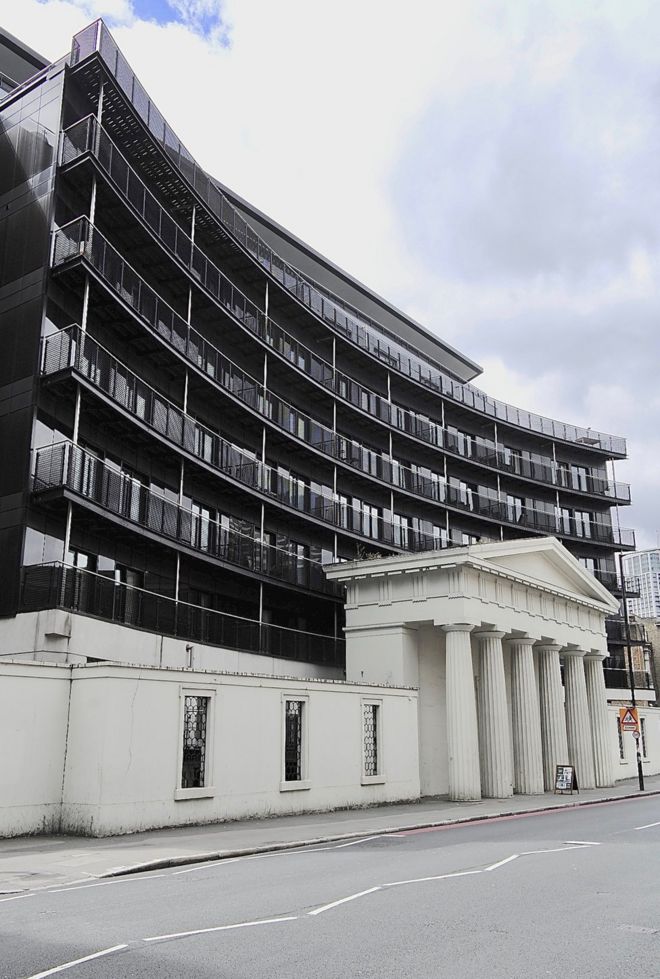 Designed in 1821 by Charles Parker, the architect of Hoare's Bank, in the Strand, this chapel was demolished in the 1960s apart from the portico and part of the ground floor, which stood in front of a car park for many years.

The Grade II listed Doric hexastyle portico is topped by a triglyph frieze and a pediment.

Its central door has a shouldered architrave and iron gates. 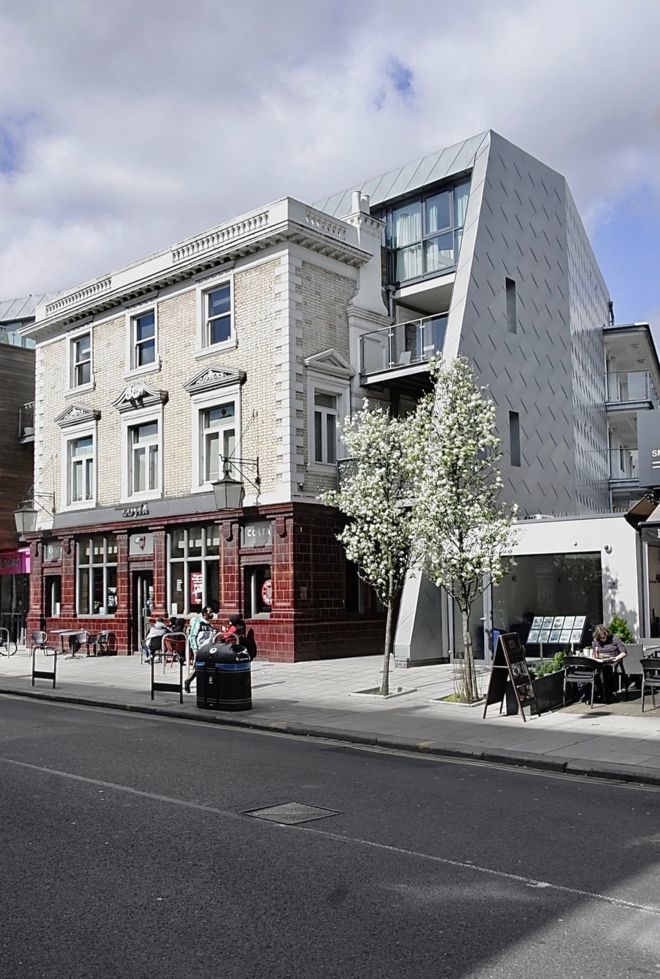 The Spotted Dog was described as "a well accustomed public house" in 1792, by which time it was at least 30 years old.

In the 19th Century, it was famous for its pleasure gardens and in the 1920s housed a dancehall. 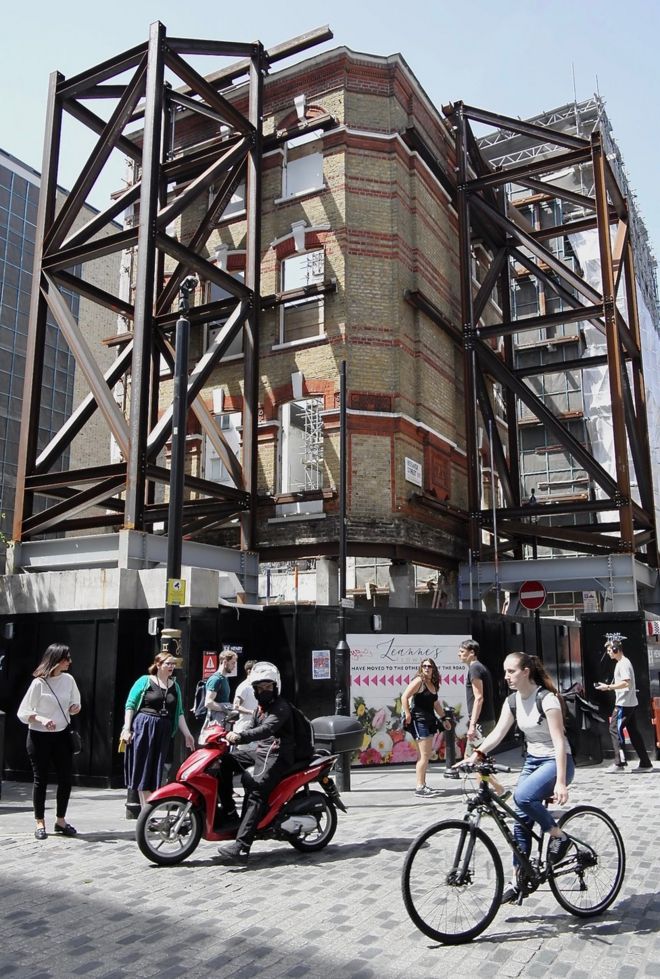 Decorative brick inlay on the Berwick Street elevation declares this facade was built in 1886.

Originally a bakery, it became Central Chemists in 1950 when the ground floor and basement premises were acquired by Gertrude Kramer.

Michael Moss acquired the pharmacy and freehold to the building from Mrs Kramer in the 1970s and enlarged it to include 85-86 Berwick Street in the late 1980s, naming it Broadwick Pharmacy.

Richard Piercy bought the shop in 1990 and ran it as Zest Pharmacy until 2016.

In recent memory, the upper parts of the building were used as offices by music, film and voice-over businesses.