Residential estate living in South Africa has grown hugely in popularity, and despite tough economic times, the developers of Steyn City lifestyle resort in Gauteng’s fast-growing Midrand node have sunk a further R5.5 billion into the latest City Centre development, continuing to deliver on their promise to create a “lifestyle like no other”.

Big thinking and an exciting future are the name of the game, driven by the developers’ extraordinary passion to make Steyn City one of SA’s most beautiful lifestyle hubs.

The 2 000-acre parkland estate, with only 50% allowed for development, is something to behold -and developers Douw Steyn and Giuseppe Plumari, CEO of Steyn City Properties, recently revealed their Vision2020. “We’ve been busy creating the very best lifestyle in the world,” says Plumari, adding that it’s not just about creating an incomparable home for residents, it’s also about investing in the future of South Africa.

So while many South Africans are leaving the country, or wishing they could, Steyn City is heeding the call to invest and building its latest first-of-a-kind City Centre development, with a 300m crystalline lagoon and beach, a heliport for hassle-free travel, 731 apartments with 11 of these being penthouses, super basement parking that will accommodate 2 000 cars, 5 000m2 of mixed-use retail space, a central park and green spaces, piazza with restaurants, and more. 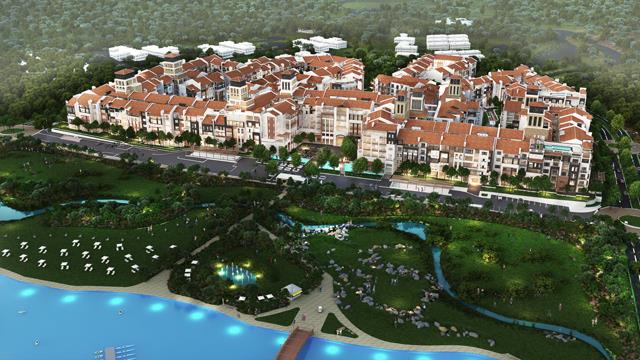 The 300m lagoon will provide the foreground for the apartment development offering a self-contained city and European lifestyle.

Big thinking and an exciting future are the name of the game, driven by the developers’ extraordinary passion to make Steyn City one of SA’s most beautiful lifestyle hubs. The resort was first launched in 2015, with a R6.5 billion upfront investment in the amenities and greening of the estate ahead of buyers taking up residence. This included supporting local infrastructure such as roads, water and sewerage.

Plumari says it was important to show investors what they were buying into. “We also told the marketplace that we would be ready to invest a further R5.5 billion at a later date - and that’s precisely what we’re doing.”

The apartment prices for Phase 1 comprising 220 units will be made known at the launch in early 2020, with occupation for the following year. 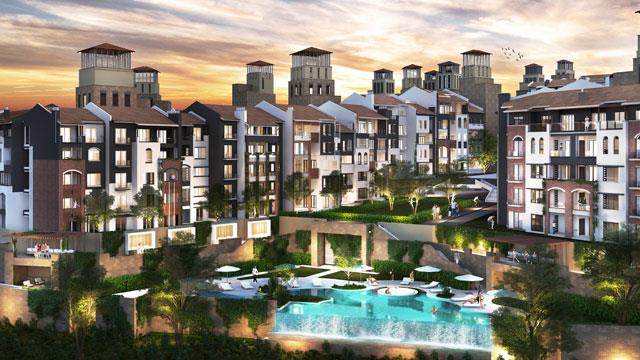 The apartment prices for Phase 1 comprising 220 units will be made known at the launch early next year, with occupation for 2021.

At a time when luxury properties in SA have generally seen negative growth in a flat market, property values in Steyn City have shot up. “Buyers who purchased at launch date (2015) have already seen their land value appreciate by 15 to 18%,” says Lambert Bezuidenhout, Steyn City Sales Manager. For example, he notes one stand which was purchased for R2.85 million, and recently sold for R3.9 million.

Statistics from Property24 show a median house price for 2019 of R15.2 million, up from R13.75 million in 2017, which represents an 11% growth rate in the two-year period. There are currently close to 60 properties in Steyn City listed on Property24’s website, ranging from stands priced at R3.8 million to apartments starting at R1.95 million, clusters from R4.55 million, and luxury homes from R7.25 million up to R65 million.

Steyn City currently has 1 098 residents and employs around 1 880 people from the local community of Diepsloot. State-of-the-art security gives residents complete peace of mind and the freedom to run, walk and cycle around the 45km of pathways that traverse the estate, with underways so you don’t ever have to cross a road.

Similarly, the new pedestrianised City Centre development will be “an environment where cars are no longer a problem and all traffic is below ground”, says architect Bryan Charters of Steyn City Architecture and Design (SCAD). This has been made possible by building the City Centre on top of the 7ha super basement parking, he explains, and a network of tunnels will service the city which allows for a cleaner environment without ‘visual’ noise.

Artist's impression of the piazza in the new City Centre.

“We invested enormous effort in getting the parks and green spaces to fold into the basements,” says Charters. “We also cut large openings into the basement roofs to allow for light and ventilation. The result is a basement like none seen before.”

The 300m lagoon will provide the foreground for the apartment development offering a self-contained city and European lifestyle, which Charters says will include artisanal food merchants, beauticians, hair salons, pharmacies, eateries, florists, and many other service providers whose presence makes life easier for residents.

Steyn City also recently launched its ground-breaking app with a plethora of options and functionality for homeowners, staff and guests, with more to come.

“Our location alongside Diepsloot is not accidental. To the contrary, it was carefully planned,” says Plumari, noting that Steyn’s vision was to ensure the parkland residence holds benefits for all South Africans. The Steyn City Foundation also supports various causes in the neighbouring community.

“Developments make a difference to SA. They give us hope. They give us a sense of prosperity and create thousands of jobs,” he adds.

A peek into Steyn City’s future 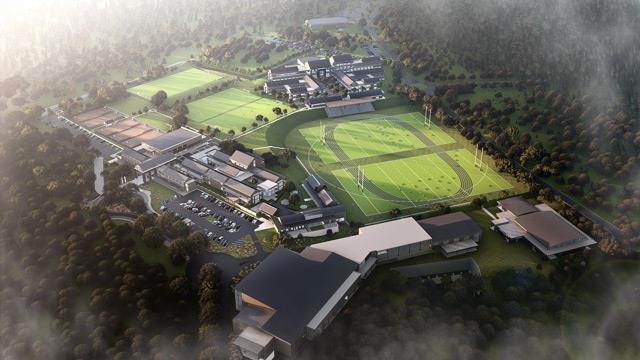 Artist's impression of Steyn City College which will open in 2020.

Apart from the City Centre development, 2020 is set to be an exciting year for Steyn City with the opening of the high school in January, the launch of the heliport, The Orchards Fresh Produce area and dog park, and phase two of the Steyn City App.

The first residents will move into City Centre in 2021. There are plans for a new shopping centre at the Cedar Road gate including medical suites, a Sports Excellence Centre, filling station on the main road, and later on, a retirement village and Wellness Spa.

Steyn City is a significant contributor to the development of R511 (William Nicol), a project that will see this corridor open to the N14 and phase two will commence in early 2020. Plumari says with infrastructure developments making the area more accessible, they believe the New North is poised to become Johannesburg’s next CBD - particularly since Fourways is part of the next phase of the Gautrain expansion, and Lanseria is undergoing major upgrades.

Steyn City is a "one-of-a-kind development, not to be repeated anytime soon", says Plumari. “We believe in the future of this country. We are committed. We are going to stay.”