6 innovations to watch in construction

The Autodesk University expo in Las Vegas showed off some of the cutting-edge tech about to hit the industry. From hyperloop to 3D printing, the show was an enticing look at the future of construction. 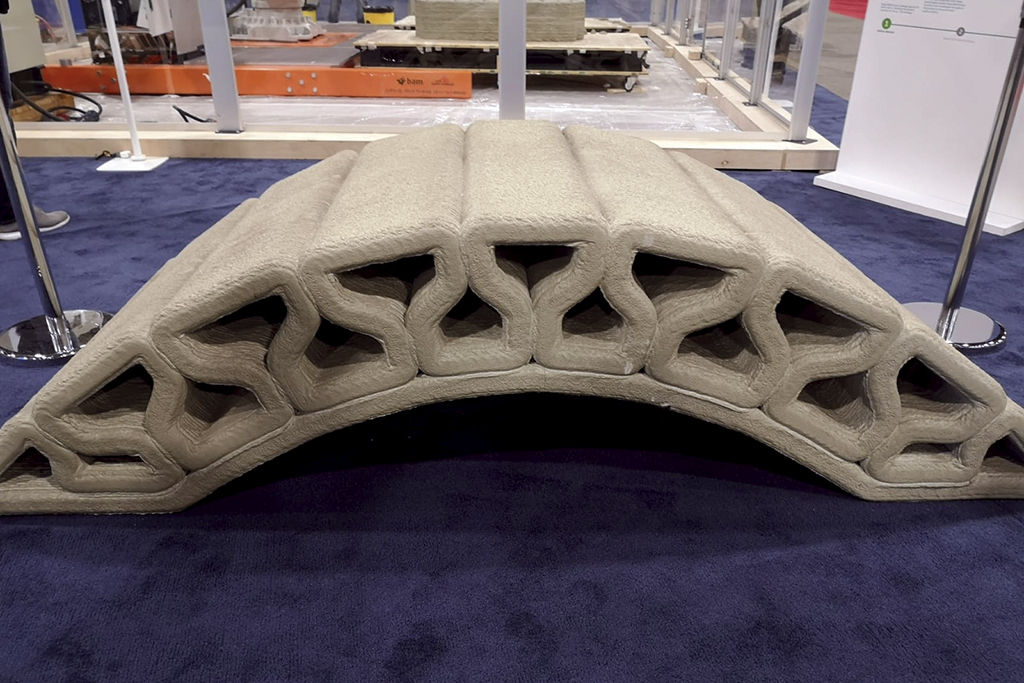 Bam’s live demonstration of its 3D concrete printer was a major attraction at the Autodesk expo, producing a range of shapes including chairs and mini bridges.

The technology, which the contractor says will contribute to solving the industry’s waste problem by creating precise replicas of digital designs, is being deployed on a larger scale in the contractor’s 3D printing facility in the Netherlands. Bam is now working on a 29 m 3D-printed bridge, the world’s longest, for the Dutch  city of Nijmegen.

Speaking to Construction News, operatives at the Bam Autodesk stand mentioned potential partnerships with Heathrow, London Underground and Thames Tideway, as well as the possibility of further facilities opening in the UK and Ireland. 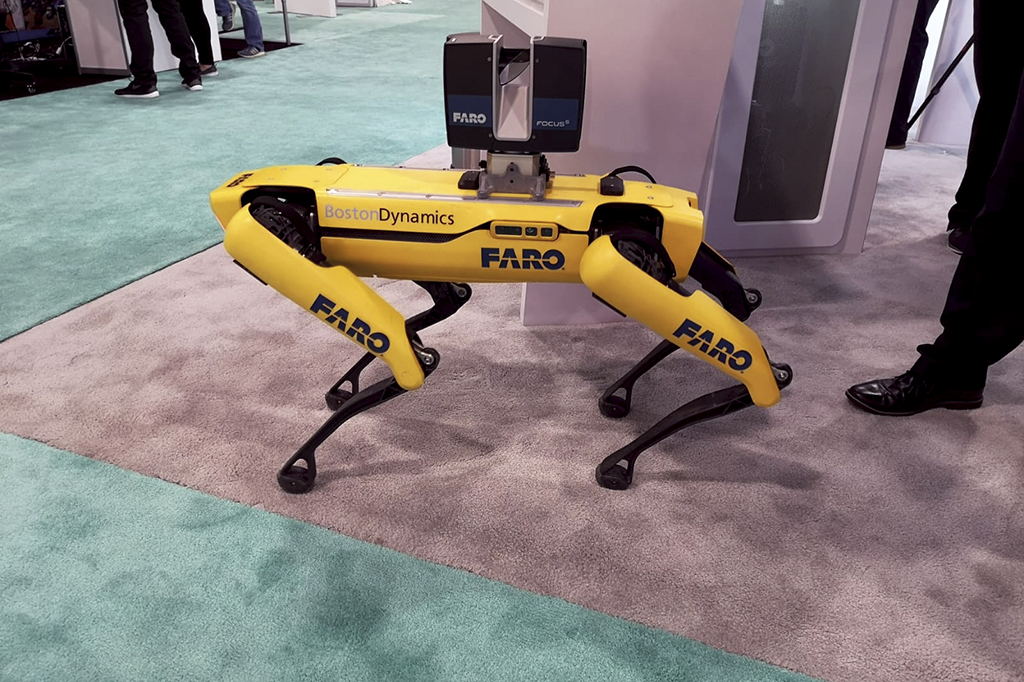 It might resemble the sinister dog-like robots depicted in the Netflix series Black Mirror, but this robot, designed by tech company Boston Dynamics, is designed to help humans.

The robot dog named Spot, can also carry up to 14kg and stand back up if knocked over. The four-legged robots are autonomous, and are sturdy enough to tackle the rough terrain of construction sites, where they can be deployed to create BIM models.

Communicating health and safety briefings through words and photos can make it difficult for employees to visualise potential hazards onsite.

Consultant Aecom has started to use VR simulations to transport workers into unusual environments, such as carrying out underground repairs on the Mosul Dam, or working in proximity to nuclear waste at a site in South Carolina.

The immersive experience allows the user to be proactive in pointing out dangers, and therefore prepare more thoroughly for a job. 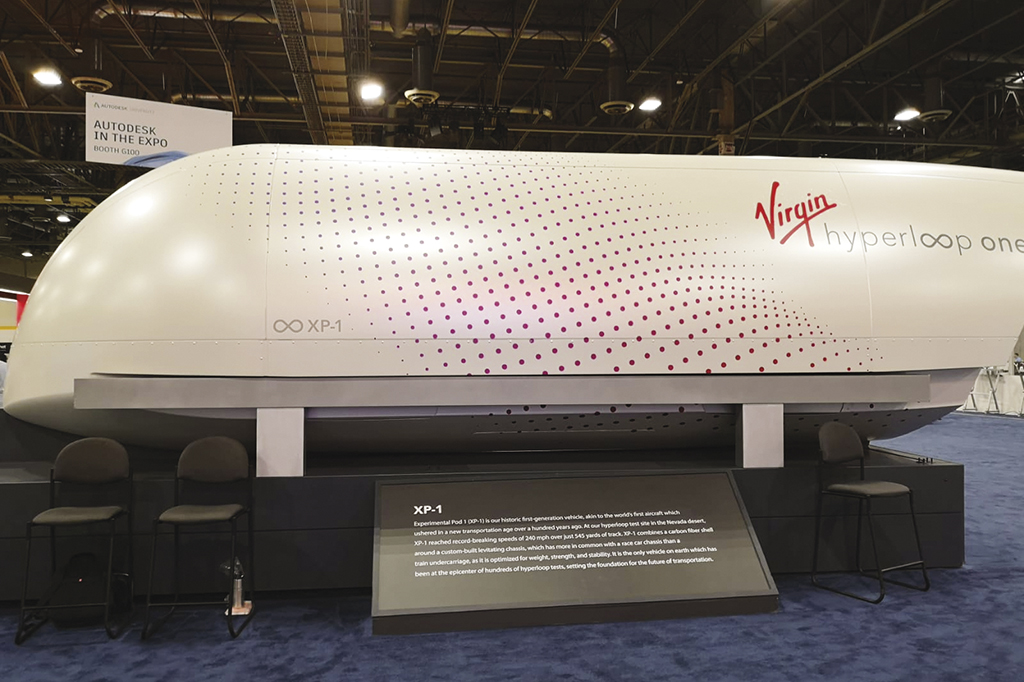 The hyperloop low-pressure tube transport concept is edging towards a reality that could connect cities hundreds of miles apart in minutes rather than hours. Magnetically levitated pods would be propelled through tubes at speeds of up to 670 mph.

With discussions ongoing with the Indian state of Maharashtra and interest from various US states, Virgin Hyperloop One, which showcased a prototype pod at the expo, estimates it will have a fully operational passenger hyperloop system within a decade.

Not far from Vegas is the company’s 500 m ‘DevLoop’ test track in the Nevada desert, where practice runs have so far reached 280 mph. 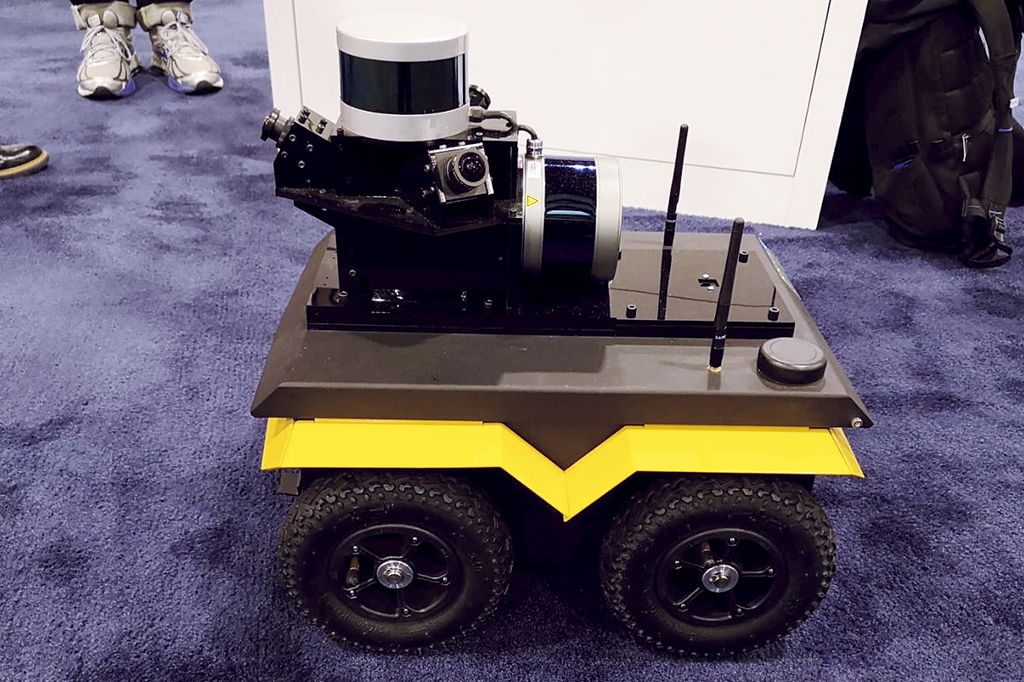 Barcelona-based startup Scaled Robotics has invented a robot that can scan and measure a construction site autonomously.

Having collected data and 360° photography of its surroundings it is able to assess the build quality of a project.

Company CEO Stuart Maggs claims that whereas using traditional methods to capture data on a site would take from six to seven hours, his robots can perform the task in 40 minutes. The robot will be available to rent for a monthly fee from early 2020. Kier has trialled it successfully on two of its UK projects.

Construction of new hospital buildings in this country has been plagued in recent years by quality issues and delayed programmes.

Alabama-based Blox, which calls itself a design-manufacture-construct company, might offer some inspiration to the UK market, with a product it claims is both high quality and deliverable at a faster rate.

The company can deliver a 10,000 sq ft clinic in four months by installing ready-fitted wards and bathrooms.

This would take 12-14 months using traditional methods. Aware of prejudice against modular construction in the US, the company has taken extra precautions to disguise the nature of its buildings, such as overengineering the floors so they feel less hollow underfoot and reinforcing the walls to be more solid and robust than they need to be.